If you live in California, you probably recall the minivan-sized meteoroid that went kablooey over Northern California on April 22, 2012. In the months following the event, many meteorite pieces were collected and analyzed using a variety of physical and chemical means. Prof. Qing-zhu Yin of the UC Davis Department of Geology has been involved in the meteorite hunt from the start, and analyzed many pieces in his lab. He also collaborated with the UC Davis Center for Molecular and Genomic Imaging, where meteorite fragments were scanned using high-resolution X-ray computed tomography (CT) scanners, and the UC Davis McClellan Nuclear Research Center, where fragments were scanned using neutron beam CT scanners.

Qin-zhu, and a small army of other researchers, just published a Science paper about their work on the meteorite. Qin-zhu then asked me to create a few short movies showing 3D visualizations of several of those scans, from both flavors of CT, to go along with the release of the Science paper on 12/20/2012. I used our 3D Visualizer software, which is originally aimed at immersive environments such as CAVEs, but works well on desktop workstations as well, to load the 3D data sets, and visualize them using direct volume rendering.

Instead of creating glossy visualizations, I simply recorded myself looking at the 3D volumes, manipulating the transfer function (i.e., the mapping from CT intensity values to colors and opacities), and investigating interesting smaller features in the data sets. Here are the videos I uploaded so far:

Here are some stills, showing off my “artistic” transfer functions: 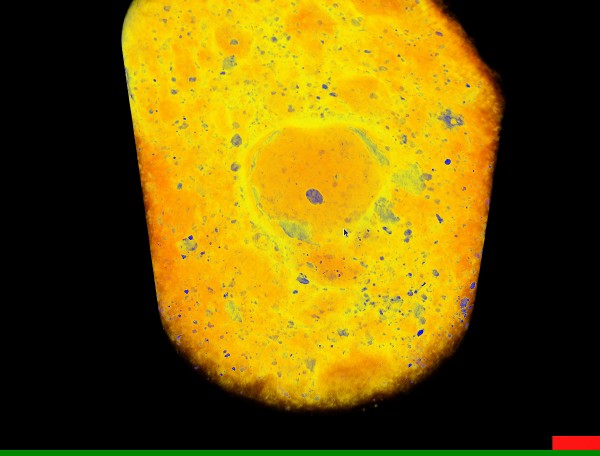 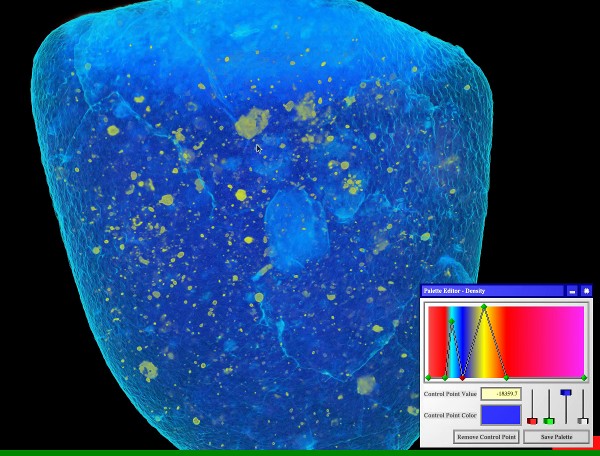 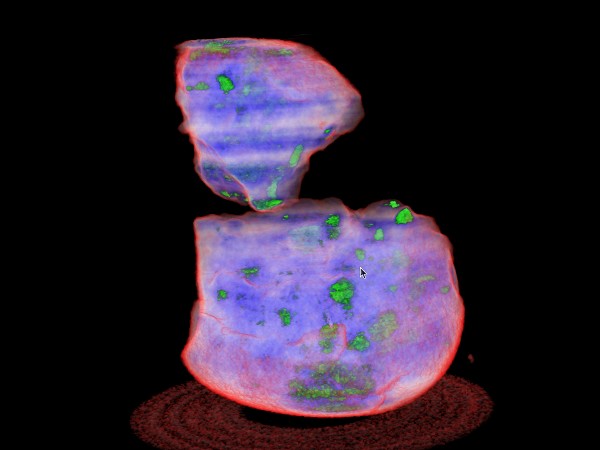