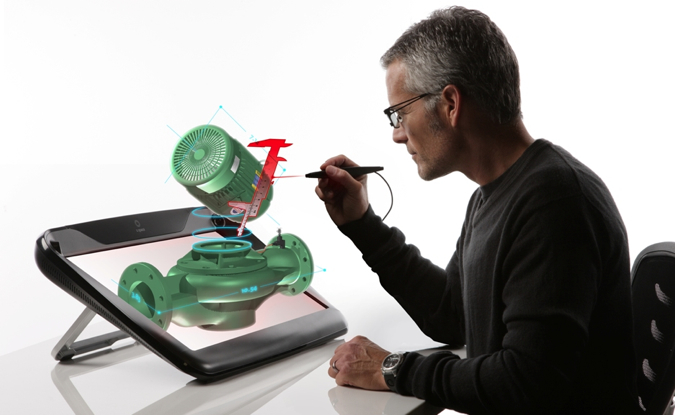 Figure 1: A marketing image for the zSpace holographic display. Image taken from http://zspace.com.

I’ve been waiting for this for such a long time: a turn-key stereoscopic display with built-in pre-calibrated head tracking and tracked input device. We’ve been in the low-cost VR business for more than four years now, but the biggest problem is that our reference design is entirely DIY. Users have to go out and buy individual components, assemble them, and then — most importantly — calibrate them with respect to each other. This calibration step is the biggest hurdle for low-cost VR’s acceptance, because the idea behind it is somewhat hard to understand for VR non-experts, and even if it’s understood, it still requires expensive non-standard tools.

The solution, of course, is simple: instead of having the display and tracking system as separate entities that need to be calibrated with respect to each other, integrate them into the same frame, and pre-calibrate them at the factory. The only thing that had to happen was for a manufacturer to step up to the plate and make it so.

These are the display’s hardware components:

First off, some might object to the company’s marketing materials referring to this as a “holographic display.” I, for one, don’t. According to my own definition, it is indeed holographic (refer to this post for a detailed explanation of how head-tracking and stereoscopy make holographic displays). Holography is a medium to present virtual 3D objects that can be seen from arbitrary points of view, not just one specific technology to create such a medium, namely light field projection through diffraction of interference images taken with a coherent (laser) light source. For a user wearing the head-tracked stereo glasses, this looks exactly like a (high-resolution, high-constrast, colorful) hologram. If it quacks like a duck…

So why is this exciting? All Vrui-based software is ready-made to run on it, and use the display to its fullest potential. We already know that holography (in its head-tracked stereoscopic implementation) adds tremendously to the effectiveness and efficiency of 3D visualization and modeling applications, and that the additional presence of 6-DOF tracked input devices adds even more. Here is a video showing a modeling application that would be used exactly the same on the zSpace, only with a smaller but higher-resolution working space.

So now, finally, there’s a system that we can “sell,” in the sense that we can tell our users simply to go out and buy the hardware, plug it in, and start using it. This will make our software much better for the majority of users that cannot afford, or do not want to, build a low-cost DIY system or a high-end system such as a CAVE.

Will it play games?

I anticipate that this will be the most common question at first. Sure it can play games, but being a holographic display, it won’t play most games very well. This is because in a holographic display, field-of-view is not a free parameter. The display’s virtual field-of-view is exactly its real field-of-view, at all times (see this post for more details). There’s no way to futz with a FOV value, like it’s so commonly done in first-person games. The display literally serves as a window into a virtual world, meaning the FOV is determined entirely by how far away the viewer sits. Just like a real window: if you want to see more, you have to step closer. The zSpace is 24″ across, and let’s assume that a reasonable viewer would sit at least 24″ back from it. Then, the diagonal field-of view is — simple geometry — 53.13°. Typical first-person games use FOVs upwards of 90°. Meaning that you’ll have tunnel vision, and you can’t look around because the display is sitting in front of you. We have tried running architectural applications very similar to first-person games on a small-screen (55″) holographic display, and it just doesn’t work well.

The applications for a display like this are almost opposite of those for an HMD, say the Oculus Rift. The latter has a full-sphere field-of-view because the screens are attached to your eyes, and head tracking takes care of the rest. So games where you hold small things in your hand (say, a virtual Rubik’s Cube), would work perfectly with the zSpace, and not so well with the Rift. Things like first-person shooters are exactly the other way around.

Oh, and it’s a bit too expensive even for serious gamers. The display is (according to what I’ve heard) around $3500, and you’ll need a $2000 graphics card to run it (for no real reason, I might add).

If this display works as advertised, it could very well be a game changer. Not in the sense that it provides technologies or approaches that didn’t exist before (at a technical level, it is exactly the same as this low-cost VR environment), but in the sense that it makes them available to a much larger potential audience, which in turn increases demand for software applications that make proper use of such displays. The potential impact is huge.

There are still a lot of unkowns: will it work with Linux and/or Mac OS X (so far there’s only a Windows SDK)? Does the SDK offer correct abstractions to develop proper applications, or is it too low-level (probably too low-level)? Will it only work with expensive professional-level graphics cards such as Nvidia Quadros, or also with consumer-level graphics cards (there’s no reason it couldn’t)? What’s the end-to-end latency for the head tracker? How good is the stereo quality (there is some ominous-sounding advice on minimizing cross-talk in the “getting started” document)? And, somewhat most importantly, how much will it actually cost in the end?

With all those in mind, I’m excited for now.

While we’re on the topic of holography…

But here’s one thing that grinds my gears, and it doesn’t only go to the zSpace marketroids, but everyone: look at Figure 1 again. Really look at it. Now, marketing people, can you please cut that out?

What am I talking about? The virtual 3D object floating above the screen, of course. That is not how holography works, laser-based or otherwise. I know you’re only trying to get the idea across of what it’s like to work with a display like that, but you’re seriously confusing people. I’ve argued with too many who actually believed that there is such a thing as a completely free-standing hologram (some even trying to build businesses on the idea). Completely free-standing holograms, or “holographic projectors” like those in Star Wars, are pure fiction. Here is what Figure 1 would look like in real life, to an observer standing from where the picture was taken:

Figure 2: What the zSpace holographic display would really look like when seen from this point of view. With apologies for non-existent Photoshop (or rather, Gimp) abilities.

The point is that the virtual 3D objects are only visible in places where there is a display screen behind them. The part that’s inside the screen boundary will still appear to float above the screen, but it will be inexplicably cut off by the screen border that’s actually behind it. This messes with our visual system, and avoiding it is the reason why CAVEs use large screens, nothing else.

Now, from the point of view of the person in the picture, the display will indeed look like Figure 1. But with no explanation or disclaimers anywhere around, some people actually do believe that Figure 1 is a real photograph of an actual hologram, and then get bent out of shape when they see the real thing. Rant over.

Now, can I have one, please?