Now here’s some good news: I mentioned recently that reports of VR’s death are greatly exaggerated, and now I am happy to announce that researchers with the Institute of Cybernetics at Tallinn University of Technology have constructed the country’s first immersive display system, and I’m prowd to say it’s powered by the Vrui toolkit. The three-screen, back-projected display was entirely designed and built in-house. Its main designers, PhD student Emiliano Pastorelli and his advisor Heiko Herrmann, kindly sent several diagrams and pictures, see Figures 1, 2, 3, and 4. 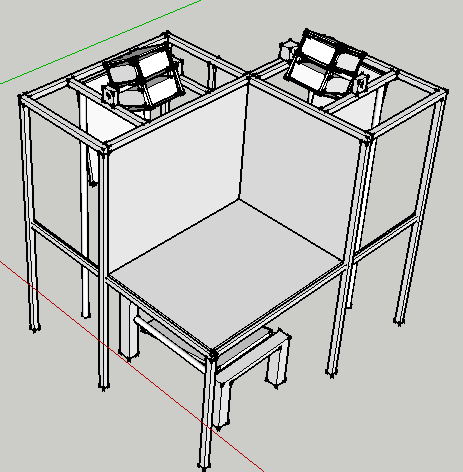 As can be seen in Figure 1, the system is a reach-in display with two walls and a “floor” forming a half cube. Each screen is back-projected by two projectors generating polarized stereoscopy. Figure 2 is a conceptual drawing showing a person for scale and a 3D data set inside the display. 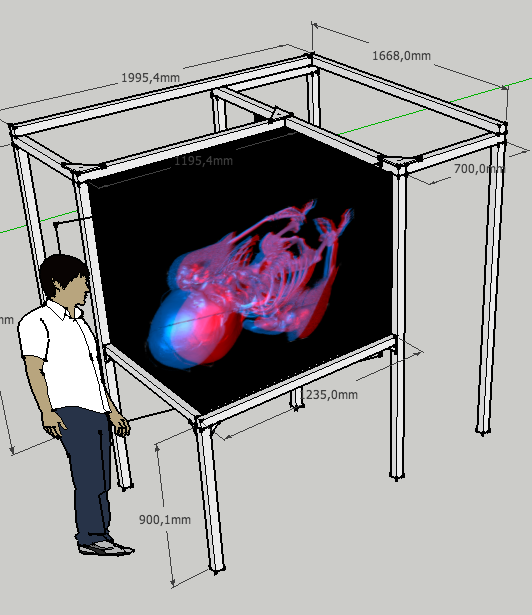 Figure 2: Conceptual drawing of Tallinn University of Technology’s VR display, with a person for scale and a 3D data set shown inside the display, provided by Emiliano Pastorelli.

While the display is not complete yet (the “floor” is still missing), it has already been demonstrated to potential users from several departments, and plans are already underway to construct a full-scale walk-in environment at the university’s robotics institute.

As shown in Figures 3 and 4, the display uses magnetic tracking for a pair of glasses and an input device (a “hacked” Wiimote). 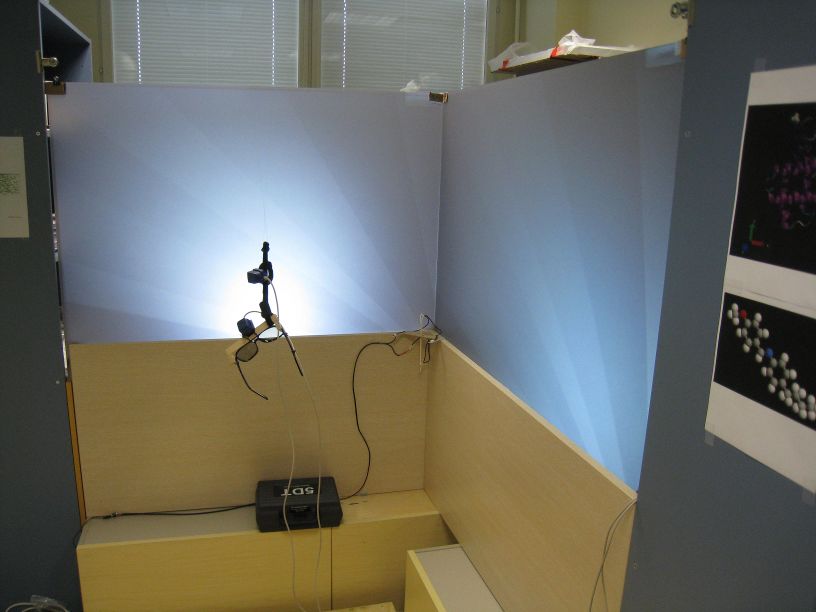 The flexibility of the Vrui toolkit allowed the builders to quickly experiment with different approaches, layouts, and devices, and the broad portfolio of Vrui applications allowed them to immediately apply the new display for a range of scientific and engineering uses. Figure 4 shows the lead designer interacting with an architectural visualization (and playing with a virtual light saber), and the system has also been demonstrated for 3D data visualization using a Vrui-based volume renderer. 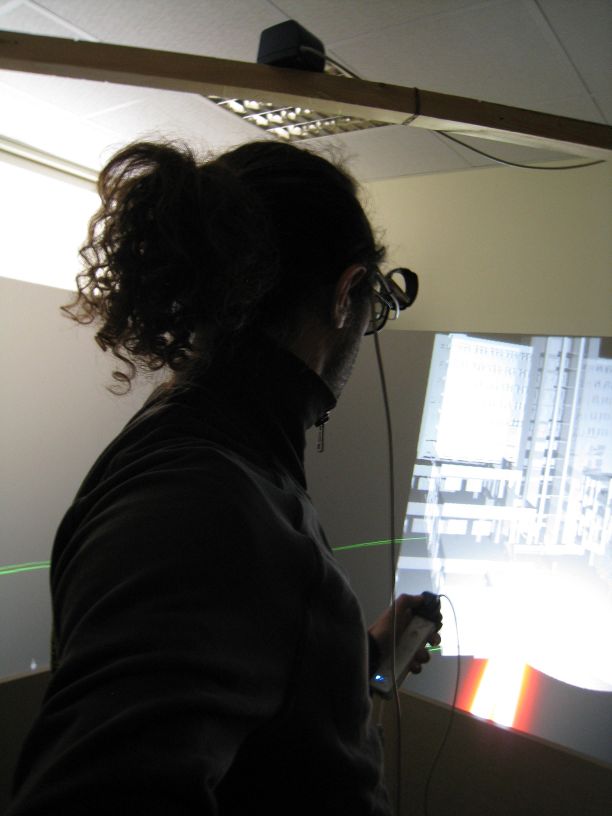 We congratulate Emiliano on a job well done, and wish him success with the new display, his studies, and the upcoming larger-scale display.

1 thought on “First VR environment in Estonia powered by Vrui”