You’ve been warned. Just in case you’re wondering, the ads in the video are from, and benefit, FOX 40, not me.

As usual, the video doesn’t reflect how the CAVE is actually used by Gerald to study natural hazards — that wouldn’t easily fit into a 30-second video snippet (what’s shown in the video is KeckCAVES’ “training course”). So let me try to rectify that a bit.

Gerald’s primary tool is LiDAR (an acronym for Light Detection And Ranging, or a portmanteau of “light radar,” whatever floats your boat), or, more specifically, terrestrial LiDAR. In a nutshell, a LiDAR scanner shoots out a laser ray, which then hits some surface in the environment, and is partially reflected back to the LiDAR scanner. Based on the time it took the light to get there and back again, or based on phase differences between outgoing and incoming light, the LiDAR scanner can calculate the precise distance from the scanner to the surface point that was hit. If the outgoing direction of the laser ray is known, direction+distance define a single point in 3D space. If one laser ray captures one 3D surface point, then scanning the laser ray left/right and up/down can capture many such points, creating a dense 3D model of a physical environment. Figures 1 and 2 show an example LiDAR scan of a house dangling over a fresh landslide scarp (a data set Gerald created several years ago). 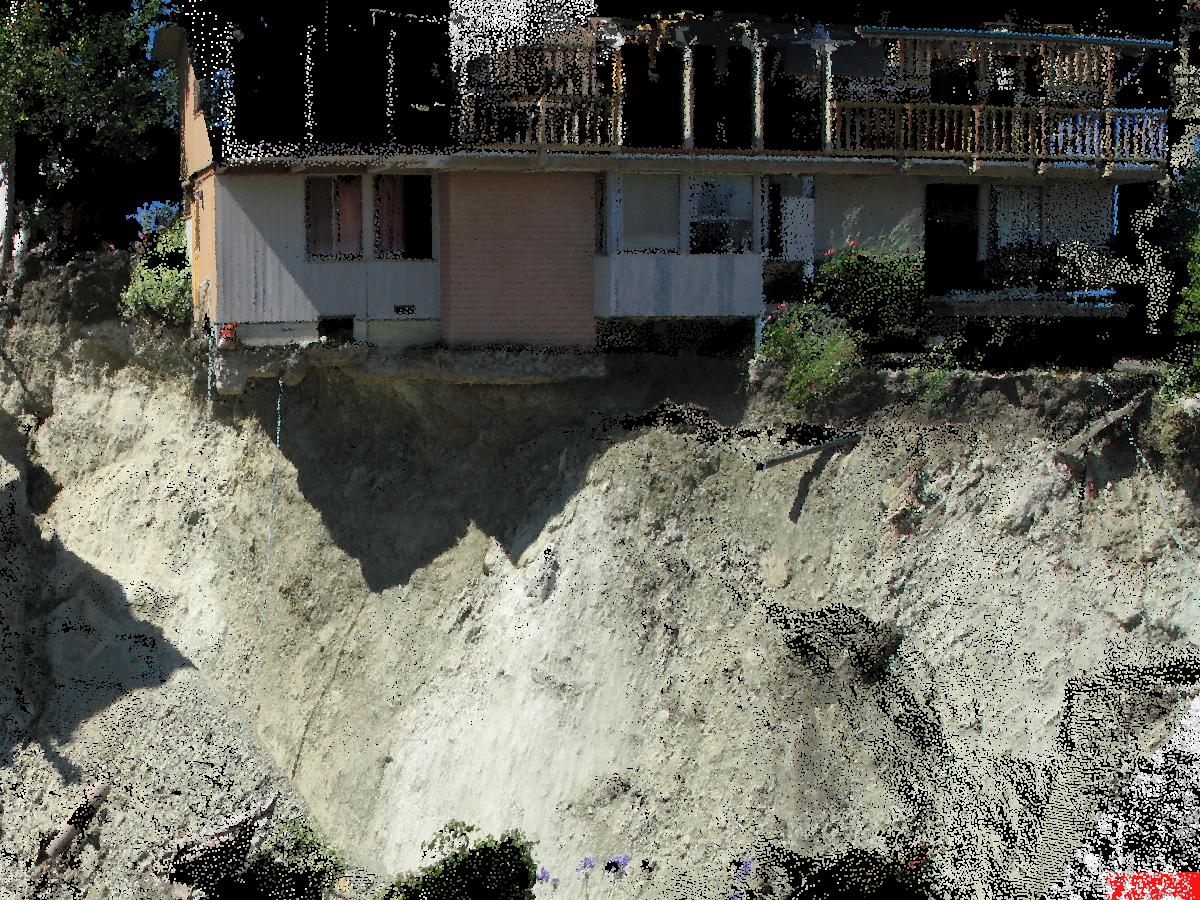 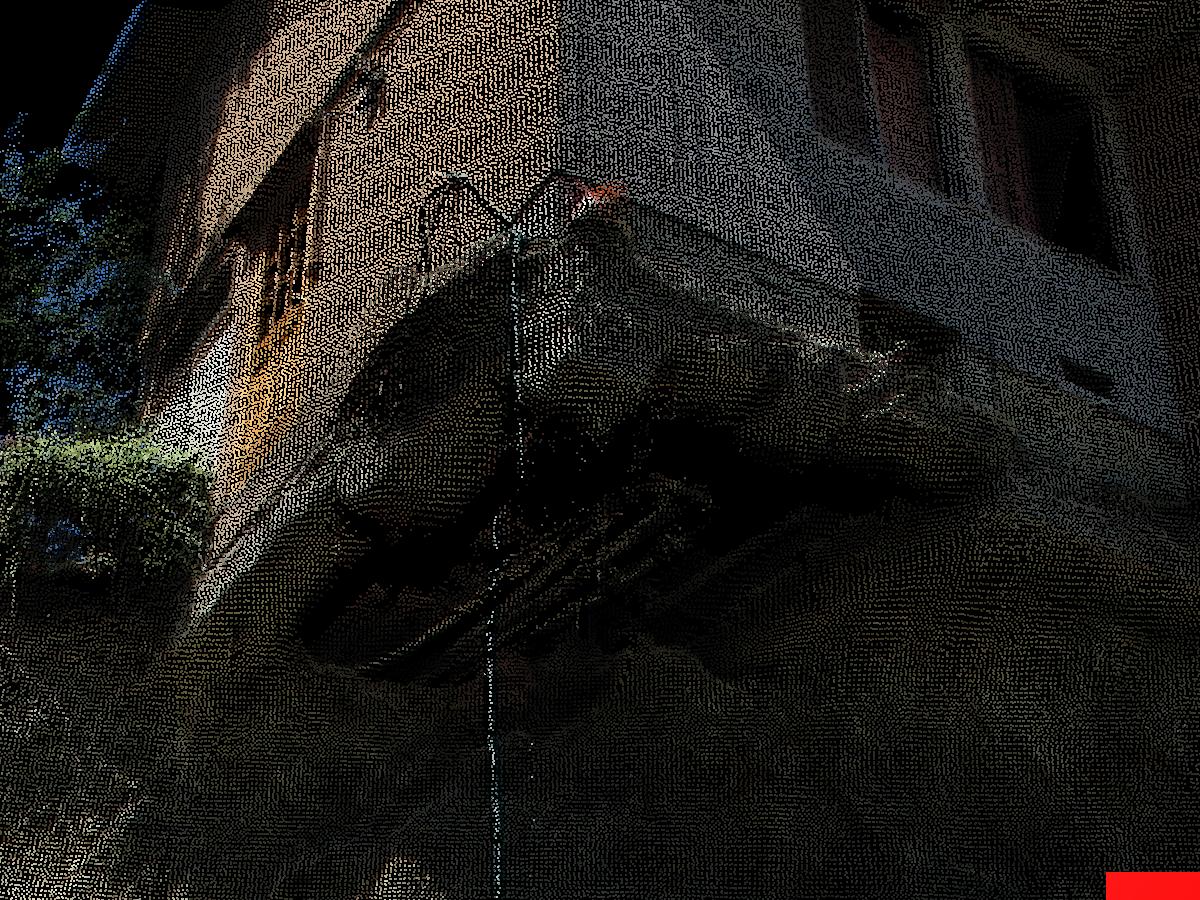 Gerald primarily uses LiDAR to study changes in natural landscapes, such as gradual slip along the San Andreas fault, or the sudden change in response to an earthquake. Doing so requires working closely with very complex and large 3D data sets (individual LiDAR scans can contain anywhere from several million to tens of billions of points), which in turn requires special software, and benefits from using holographic displays. For the former, Gerald uses KeckCAVES’ LiDAR Viewer; for the latter, he uses either the KeckCAVES facility, or a smaller stereoscopic (but not holographic) display in his office.

More precisely, Gerald’s workflow consists of several separate processing, visualization, and/or analysis tools, but LiDAR Viewer plays an important role because it is the one that lets him interact with an entire LiDAR scan at once while still showing every detail, allowing him to look for data quality issues such as scan alignment problems, to remove noise, to identify features, or to take measurements for further analysis. As a result, Gerald spends a significant amount of time in the CAVE (and we can always tell he was there by the presence of diet cola cans in the wastebasket).

As an aside, Gerald recently upgraded his LiDAR hardware. His old scanner (which he used to create the data set shown in Figures 1 and 2) could only scan inside a pyramid of about 40° opening angle, had to be rotated manually to collect a full 360° scan, and could capture around 2,000 points per seconds. His new scanner is smaller and lighter, rotates automatically to collect a full 360° scan, has a built-in calibrated color camera to create true-color data sets, and can capture just shy of 1,000,000 (one million!) points per second. That’s progress for you. To test drive the new scanner, Gerald recently completed a very-high resolution scan of the KeckCAVES facility itself (to put the CAVE into the CAVE, so to speak). I’ll have to make a video featuring that one soon. Update: I kinda just did, after a fashion: Embedding 2D Desktops into VR.

17 thoughts on “KeckCAVES in the News”