In my previous post about gaze-directed Quikwriting I mentioned that the method should be well-suited to be mapped to a thumbstick. And indeed it is:

Using Vrui, implementing this was a piece of cake. Instead of modifying the existing Quikwrite tool, I created a new transformation tool that converts a two-axis analog joystick, e.g., a thumbstick on a game controller, to a virtual 6-DOF input device moving inside a flat square. Then, when binding the unmodified Quikwrite tool to that virtual input device, exactly the expected happens: the directions of the thumbstick translate 1:1 to the character selection regions of the Quikwrite square. I’m expecting that this new transformation tool will come in handy for other applications in the future, so that’s another benefit.

I was expecting that the stick-based Quikwrite tool would take longer getting used than the original device-based or the new gaze-directed one, but I was surprised by how easy it was to learn. I recorded the above video after playing with the new device/tool combo for the first time for about five minutes (and I did make some mistakes, but those didn’t break the flow).

This new stick-based binding is now a direct competitor to the text entry method in Steam’s “Big Picture” mode, so someone should do a fair head-to-head comparison between the two at some point. I’m expecting that they’re about the same speed, but that Quikwrite is less taxing because it doesn’t require button mashing. But that’s just a hunch.

And because this article doesn’t have an image to go with it, here’s today’s unrelated picture (see Figure 1). 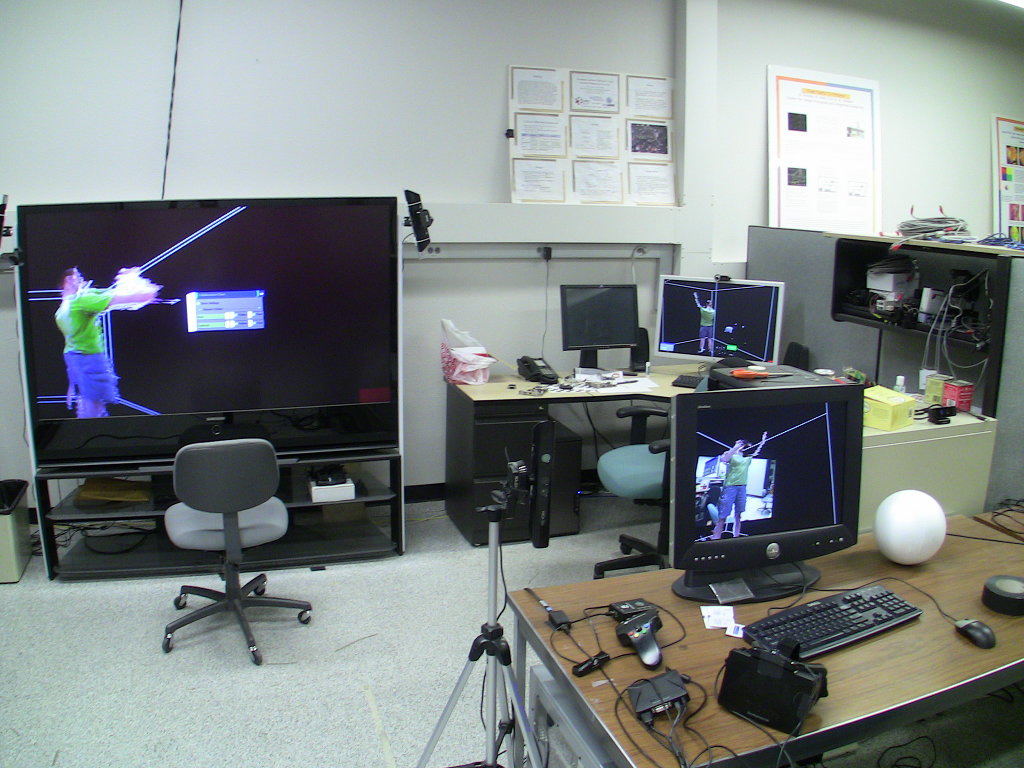 Figure 1: Picture of a remote collaboration system consisting of three sites: An Oculus Rift head-mounted display captured by three Kinect cameras (front), a head-tracked 3D TV captured by two Kinects (back left), and a vanilla desktop environment captured by one regular webcam (back right). This photograph was taken from inside the three-Kinect capture space, and the resulting holographic avatar of the photographer is displayed at all three sites in real time.

2 thoughts on “Quikwriting with a Thumbstick”