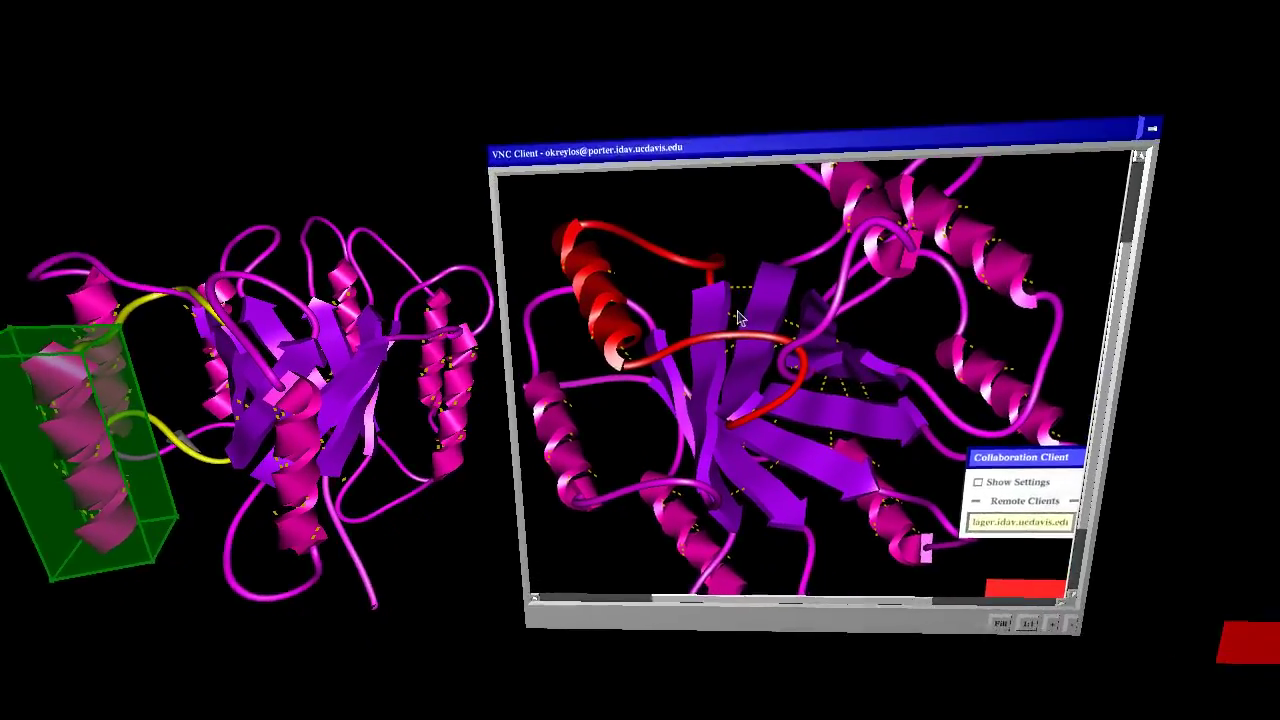 In the old video, I pointed out that any desktop application can be run through the VNC client, therefore, clearly, the right thing to do would have been to run the same 3D application that’s already running in the Rift in desktop mode through VNC, for that extra Inception feel. So to correct that mistake, here is take two:

I’m using VR ProtoShop as example application here because it never gets much of the spotlight, and it’s another great example for the kind of interactive manipulations that are possible using 6-DOF input devices like the Razer Hydra (my go-to application for that, of course, is the Nanotech Construction Kit).

Unlike using 6-DOF devices in the 3D world, dragging the drag box with a mouse is rather tedious. One can move the box in a plane by picking any face of the box, rotate around one of the main three axes by picking any of the twelve edges, or rotate freely around the box pivot by picking one of the box’s corners (although the virtual trackball supporting that is somewhat busted, so it ends up never being used).

And here’s the kicker: there is absolutely zero code in VR ProtoShop that depends on input devices. There are no code paths “if you have a mouse, do this… if you have a Hydra, do this… etc.” All of that stuff is handled completely transparently, at the toolkit level. That’s the beauty of developing on Vrui.

4 thoughts on “More on Desktop Embedding via VNC”