The server (by which I mean the physical mid-size tower PC, see Figure 1) that used to run this blog, and was stashed in a server room in my old building on UC Davis campus, went down in June 2021 due to a brief power outage, and I never got around to turning it back on due to the COVID-related campus lock-down.

I finally remembered to ask the CS department’s IT support staff to pull it out of that server room a few days ago, and have been migrating this site to a new, actually virtual, server since then. And here we are! There’s still a lot of maintenance to do, such as upgrading all the hideously outdated platform packages, but at least the old content is back for the time being.

In other news, I myself moved from the Department of Earth & Planetary Sciences to the UC Davis DataLab around the same time this site went down, and recently finished setting up VRoom!, DataLab’s new multi-user VR space. There will be a detailed post about that soon. There has been a lot of movement on Vrui’s collaboration infrastructure as well, and there were some exciting adventures in Lighthouse tracking.

I’m still working on Vrui’s second-generation collaboration / tele-presence infrastructure (which is coming along nicely, thankyouverymuch), and I also recently started working with another group of researchers who are trying to achieve similar goals, but have some issues with their own home-grown network system, which is based on Open Sound Control (OSC). I did some background research on OSC this morning, and ran into several instances of an old pet peeve of mine: the relative performance of UDP vs TCP. Actually, I was trying to find out whether OSC communicates over UDP or TCP, and whether there is a way to choose between those at run-time, but most sources that turned up were about performance (it turns out OSC simply doesn’t do TCP).

Here are some quotes from one article I found: “I was initially hoping to use UDP because latency is important…” “I haven’t been able to fully test using TCP yet, but I’m hopeful that the trade-off in latency won’t be too bad.”

Here are quotes from another article: “UDP has it’s [sic] uses. It’s relatively fast (compared with TCP/IP).” “TCP/IP would be a poor substitute [for UDP], with it’s [sic] latency and error-checking and resend-on-fail…” “[UDP] can be broadcast across an entire network easily.” “Repeat that for multiple players sharing a game, and you’ve got a pretty slow, unresponsive game. Compared to TCP/IP then UDP is fast.” “For UDP’s strengths as a high-volume, high-speed transport layer…” “Sending data via TCP/IP has an ‘overhead’ but at least you know your data has reached its destination.” “… if the response time [over TCP] was as much as a few hundred milliseconds, the end result would be no different!”

END_OF_DOCUMENT_TOKEN_TO_BE_REPLACED

A funny thing has been happening for the last few days. There is a link farming or SEO or whatever site out there that is currently doing a deep clone of this blog (I’m obviously not going to provide a link here), but unlike all the other times that’s happened, these guys aren’t just straight-up copying, they’re running the text through what looks like a game of Google Translate Telephone (or a simple synonym replacer, but I’m going to pretend it’s the former). I’m guessing the reason is to obfuscate the source and throw off plagiarism detectors, but the result is unintentionally(?) hilarious.

For a fuller experience, here are two paragraphs from the first article I mentioned above:

“The quick reply is after all that this relies on your mannequin of the headset. However should you occur to have an HTC Vive, view the graphs in footage 1 and a couple of (the opposite headsets behave in the identical method, however the precise numbers differ). These figures present the display decision, in pixels / °, alongside two traces (horizontal and vertical, respectively) that undergo the middle of the suitable lens of my very own Vive. The purple, inexperienced and blue curves present the decision for the purple, inexperienced and blue main colours respectively, this time not on the idea of my very own measurements, however by analyzing the show calibration knowledge measured for every particular person headset on the manufacturing unit after which saved within the firmware.

At this level it’s possible you’ll surprise why these graphs look so unusual, however for that you’ll have to learn the lengthy reply. Earlier than I’m going into that, I need to throw away a single quantity: proper in the course of the suitable lens of my Vive (on pixel 492, 602) the decision for the inexperienced shade channel is 11.42 pixels / °, each horizontal and vertical instructions. When you needed to cite a single decision quantity for headphones, that will be the one I used to be going to, as a result of it’s what you get once you have a look at one thing instantly in entrance of you and much away. As figures 1 and a couple of clearly present, no quantity can inform the entire story.”

Now, having posted this article, I am waiting with bated breath for what kind of hash their cloning bot will make out of it.

I have no idea whether that’s something to be embarrassed or proud of, given the narrow range of topics I’m covering and the niche audience I’m targeting. Either way, it’s a nice, round number.

Computer reviews aren’t my thing, but for this one I had to make an exception. My 3.5 year old laptop, the HP Spectre x360 I had scored as swag at the 2015 Microsoft Build conference, suddenly died a few months ago. I had taken a liking to that thing, so when I had to leave for a conference in early November, and realized I should probably bring a laptop with me, I decided to replace it with the current version of the same model. Fortunately they had one in stock at my neighborhood Best Buy (alas, only the silver one and not the pretty black and gold one), so I was able to pick it right up.

I then had the bad idea to search online for Linux support on the x360 after already having bought it, and was dismayed by what I found. A lot of people reported poor performance, too-hot-to-handle operating temperatures, and very poor battery life. Not having much of a choice at that point, I decided to go ahead anyways and install Fedora 28 on it, the then-current release of my go-to Linux distribution. Long story short: installation was a breeze, everything worked out-of-the-box, performance is great, the laptop runs barely warm, and battery life is awesome (so awesome, in fact, that I initially thought the readings were wrong). In order to provide a counter-narrative to those other reports, this is my experience of installing and running Linux on a 2018 HP Spectre x360. END_OF_DOCUMENT_TOKEN_TO_BE_REPLACED

My web server was close to having a nervous breakdown today, but it held up! Behold:

Figure 1: Total page views on Doc-Ok.org over the last 30 days.

I’m expecting tomorrow will be back to normal. BTW, my previous “Best ever” was around 4,500 views on the day I published my first impressions from the Oculus Rift dev kit, a little more than one year ago.

Today I learned what happens when an article gets reblogged (is that a word now?) that does not have a picture in it, and apparently an embedded YouTube video does not count as a picture: the blogging software scoops up whatever the first picture below the article headline is, and if that picture happens to be a commenter’s mugshot, so be it. Proof: see Figure 1. 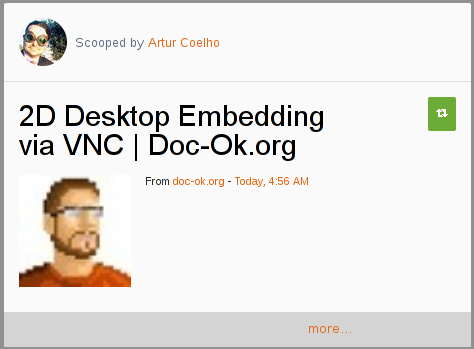 Figure 1: How an article without a picture in the article is represented when reblogged by an artificial “intelligence.”

Note to self: always add a picture. Now I’m curious to see what will happen if this article gets reblogged. After all, it has a picture in it…

Here’s a silver lining: Since Facebook has taken over Oculus, this blog, or more precisely, my early review of the Oculus Rift dev kit, is no longer Google’s number one result for “Oculus Rift garbage.” I’ve always felt very bad for that (Google took my review completely out of context!). It’s now number two.

Alas, I’m still number one for “Oculus Rift rubbish.” Hey Oculus, could you please announce that you’ll delay shipping of DK2 to Q1 2015? Help a guy out, will you?

It’s exactly one year ago that I posted my first article for this here blog. I think that is cause for some reflection and maybe some celebration. Has it been worth the effort? Am I on the way to achieving what I set out to do?

According to my “About This Blog” page, my concrete goals were to

…talk about insights gained or problems encountered while writing software, comment on things others have said, discuss my own opinions on how to do things the “right way” or the “wrong way,” post updates on software development, comment on new VR hardware as I get my hands on it, etc.

END_OF_DOCUMENT_TOKEN_TO_BE_REPLACED

I was just reminded of an article in The New Yorker that I read a long time ago, in June 2006. The article, written by eminent neurologist Oliver Sacks, describes the experience of an adult woman, Susan R. Barry, a professor of neurobiology herself, who had been stereoblind her entire life, and suddenly regained stereoscopic vision after intensive visual training at the age of 48. While the full original article, titled “Stereo Sue,” is behind the New Yorker’s pay wall, I just found an awesome YouTube video of a joint interview with Drs. Barry and Sacks: