I received a question via reddit a few moments ago, and I think the answer might be of general interest, so I decided to answer it here:

“Would you happen to know the effective or perceived resolution of the [Valve Index headset] when viewing a 50″ virtual screen from say.. 5 feet away? Do you think its equivalent to a 50″ 1080p tv from 5 ft away yet? I was also wondering why when I look at close up objects on the index that I can see basically no screen door effect, but when looking into the distance at the sky then suddenly the sde becomes very noticeable.”

Okay, so that’s actually two questions. Let’s start with the first one, and do the math.

The second question is about screen-door effect (SDE). As shown in Figure 1, SDE is a high-frequency grid superimposed over a low-frequency (low-resolution) pixel grid, which makes it so noticeable and annoying. But why does it become less noticeable or even disappear when viewing virtual objects that are close to the viewer? That’s vergence-accommodation conflict rearing its typically ugly, but in this case beneficial, head. When viewing a close-by virtual object, the viewer’s eyes accommodate to focus on a close distance, but the virtual image shown by the VR headset is still at its fixed distance, somewhere around 1.5‒2m away depending on headset model. Meaning, the image will be somewhat blurred, and SDE, being a high-frequency signal, will be affected much more than the lower-frequency actual image signal.

Here’s what you need to do: END_OF_DOCUMENT_TOKEN_TO_BE_REPLACED

Without further ado, here is a series of 7 images taken with the camera lens at increasing distances from the headset’s right lens (Figures 1-7, and yes, I forgot to clean my PSVR’s lens). The camera was carefully positioned and aligned such that it was sliding back along the lens’s optical axis, and looking straight ahead. The first image was captured with an eye relief value of 0mm, meaning that the camera lens was touching the headset’s lens. The rest of the images were captured with increasing eye relief values, or lens-lens distances, of 5mm, 10mm, 15mm, 20mm, 25mm, and 30mm: END_OF_DOCUMENT_TOKEN_TO_BE_REPLACED

I wrote an article earlier this year in which I looked closely at the physical display resolution of VR headsets, measured in pixels/degree, and how that resolution changes across the field of view of a headset due to non-linear effects from tangent-space rendering and lens distortion. Unfortunately, back then I only did the analysis for the HTC Vive. In the meantime I got access to an Oculus Rift, and was able to extract the necessary raw data from it — after spending some significant effort, more on that later.

With these new results, it is time for a follow-up post where I re-create the HTC Vive graphs from the previous article with a new method that makes them easier to read, and where I compare display properties between the two main PC-based headsets. Without further ado, here are the goods.

The first two figures, 1 and 2, show display resolution in pixels/°, on one horizontal and one vertical cross-section through the lens center of my Vive’s right display. 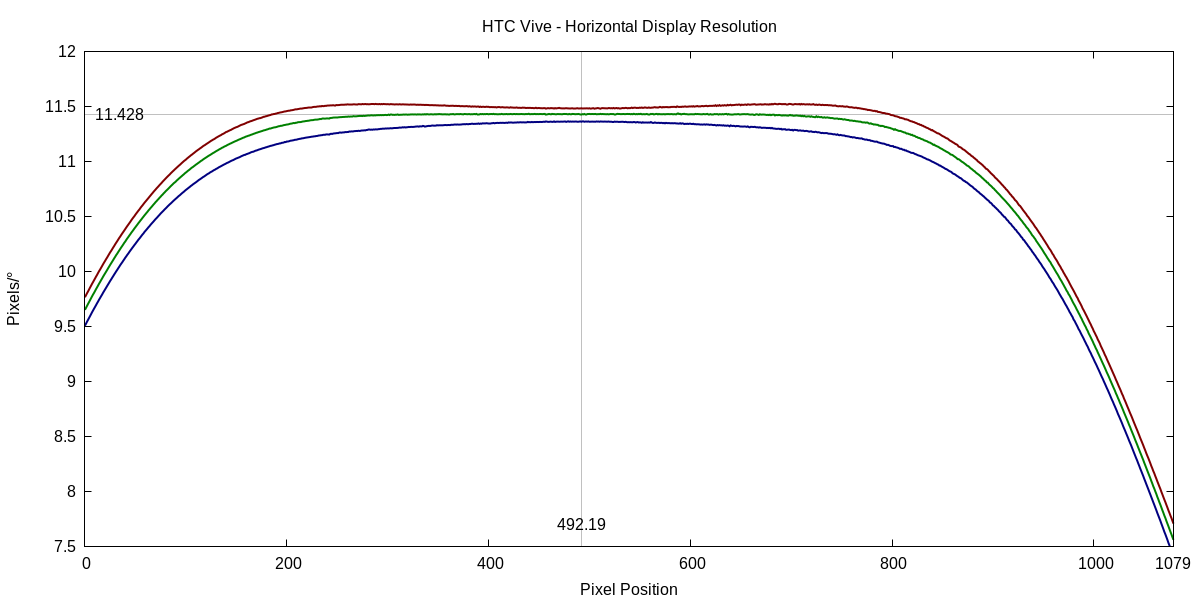 Figure 1: Display resolution in pixels/° along a horizontal line through the right display’s lens center of an HTC Vive. 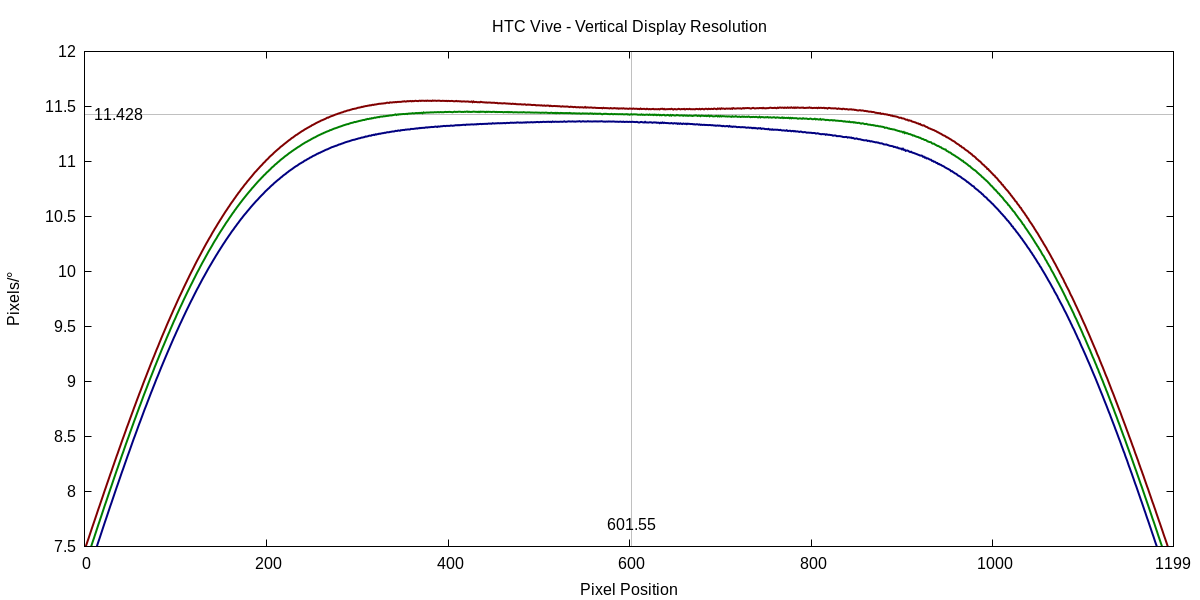 Figure 2: Display resolution in pixels/° along a vertical line through the right display’s lens center of an HTC Vive.

END_OF_DOCUMENT_TOKEN_TO_BE_REPLACED

What is the real, physical, display resolution of my VR headset?

I have written a long article about the optical properties of (then-)current head-mounted displays, one about projection and distortion in wide-FoV HMDs, and another one about measuring the effective resolution of head-mounted displays, but in neither one of those have I looked into the actual display resolution, in terms of hard pixels, of those headsets. So it’s about time.

The short answer is, of course, that it depends on your model of headset. But if you happen to have an HTC Vive, then have a look at the graphs in Figures 1 and 2 (the other headsets behave in the same way, but the actual numbers differ). Those figures show display resolution, in pixels/°, along two lines (horizontal and vertical, respectively) going through the center of the right lens of my own Vive. The red, green, and blue curves show resolution for the red, green, and blue primary colors, respectively, determined this time not by my own measurements, but by analyzing the display calibration data that is measured for each individual headset at the factory and then stored in its firmware. 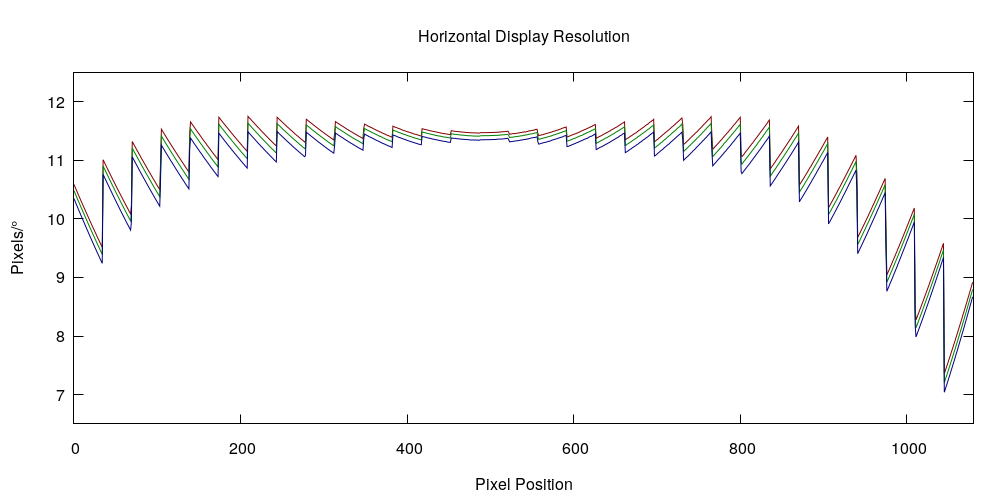 Figure 1: Resolution in pixels/° along a horizontal line through my Vive’s right lens center, for each of its 1080 horizontal pixels, for the three primary colors (red, green, and blue). 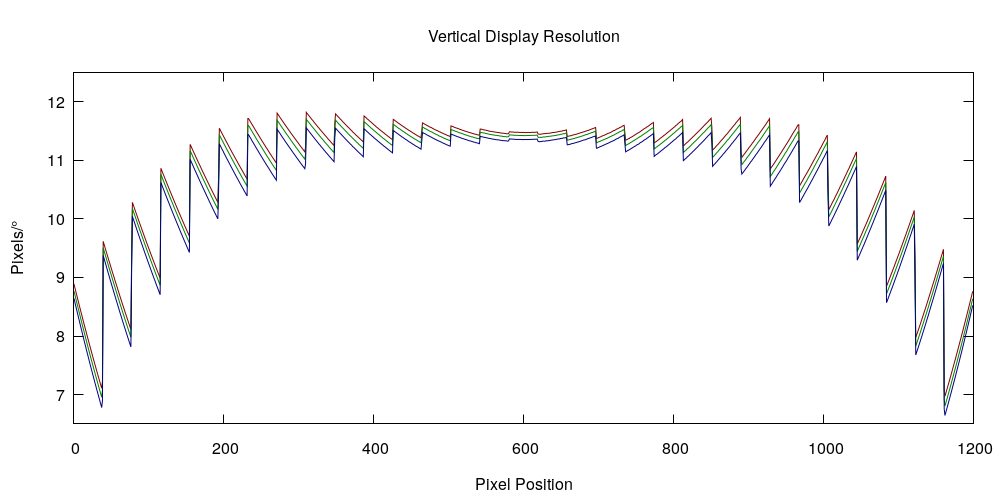 Figure 2: Resolution in pixels/° along a vertical line through my Vive’s right lens center, for each of its 1200 vertical pixels, for the three primary colors (red, green, and blue).

At this point you might be wondering why those graphs look so strange, but for that you’ll have to read the long answer. Before going into that, I want to throw out a single number: at the exact center of my Vive’s right lens (at pixel 492, 602), the resolution for the green color channel is 11.42 pixels/°, in both the horizontal and vertical directions. If you wanted to quote a single resolution number for a headset, that’s the one I would go with, because it’s what you get when you look at something directly ahead and far away. However, as Figures 1 and 2 clearly show, no single number can tell the whole story.

And now for the long answer. Buckle in, Trigonometry and Calculus ahead. END_OF_DOCUMENT_TOKEN_TO_BE_REPLACED